Zimbabwe hopes to offer haven for the World Cup-weary 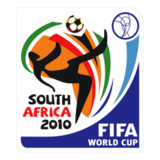 Zimbabwe's ailing tourist industry is hoping to restore its health by luring South African holidaymakers eager to escape the football madness of the World Cup.

The world-famous Victoria Falls and rich game parks once made Zimbabwe among Africa's top holiday destinations.

Over the last year, Zimbabwe has begun clawing its back toward normality, abandoning the local currency left worthless by galloping hyperinflation and forming a unity government that has curbed the political violence.

Now the government and private companies are pinning their hopes on South Africa's hosting of the football World Cup to change the country's fortunes, with as many as 100,000 South Africans expected to visit during the tournament, officials said.

"We are expecting an influx in arrivals during the World Cup and the majority are from South Africa," Tourism Minister Walter Mzembi told AFP.

Zimbabwe has about 12,000 hotel rooms excluding lodges, Mzembi said, and about 4,000 private homes available for rent.

"Traditionally we have had high arrivals from South Africans who consider Zimbabwe to be their backyard. We are also going to host South Africans who have no interest in sport and those who are renting out their homes to go on vacation."

South African schools will close during the four-week tournament, creating a new space for families to take vacation at a time when many South African hotels say they're already booked solid and domestic airfares have soared.

Some are heading for Zimbabwe's national parks, as wildlife authorities say they have confirmed bookings for months in lodges that had suffered from slow business for years.

"Our lodges are and safari operations are fully booked for one month before the world cup and one month after the World Cup," said Caroline Washaya, spokeswoman for the National Parks and Wildlife Authority.

"The bookings are mostly by South Africans who are not soccer lovers," she said, including the normally empty lodges in Gonarezhou National Park, which borders South Africa.

"This promises to be a good year for our business operations," she said.

An officer at the parks department said 100,000 South Africans had made bookings from May to August. Last year, national parks handled a total of 250,000 foreign visitors.

Hotels also report unusually high bookings for the winter months around the World Cup, which even in the best of times were considered low season.

"We have confirmed bookings of over 50 percent for our Victoria Falls hotels during the World Cup," said Eltah Nengomasha, spokesman for the Rainbow Tourism Group, the second biggest hotel group in the country.

Euphoria over the World Cup is evident everywhere from taxis with the promise "World Cup 2010-ready" in bold print, to hire buses with football paintings to sculptures with World Cup poses.

The government has set up a task force headed by Mzembi to try to fix up basic infrastructure before the World Cup.

Mzembi said he asked government for to provide 28 million US dollars to fill pot-holes, buy computers for immigration desks, improving telephone and internet service and bolster security. It's unclear how much money the cash-strapped government can provide.

Taxi driver Cephas Gombe, 38, is confident that Zimbabwe will benefit from the games.