6 things you should never do when you're away 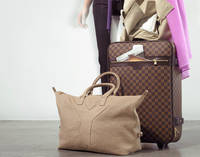 Thinking of throwing a tantrum the next time things don’t go your way when you travel? Consider what happened to Gary Zeune before you do.

“Dammit,” he overheard the passenger in front of him scream at a Southwest Airlines ticket agent in Columbus, Ohio, “I have to get to Chicago.”

The agent politely asked him to calm down, assured him that profanity wouldn’t get him on the flight he wanted, and offered to add him to a standby list. All of which only appeared to make him angrier, unleashing yet another torrent of salty language.

“The ticket agent asked him for his credit card,” remembers Zeune. “And he gets a big smile, thinking he’s going to get on the flight. Then she says, ‘Sir, you’re not flying Southwest today. Go fly someone else.’ And she refunds his money.”

Isn’t that what should happen when travelers misbehave? Zeune thinks so, and he should know. He’s an expert on white-collar crime, and while his fellow passenger’s rant technically isn’t illegal, it wasn’t without its consequences.

After last week’s column about travelers who get special treatment for good behavior, you might conclude that rudeness would always result in some form of punishment. But as I suggested, the truth is complicated.

Yes, in an ideal world, every obnoxious hotel guest would be shown the door, every boorish passenger sent packing.

But not in this world.

Zeune’s story is the exception, not the rule. Bad behavior isn’t just tolerated in the travel industry. At a time like this, when the travel business is hitting rock bottom, bad behavior can be a means to an end. The passenger in Columbus thought his diatribe against the Southwest agent would result in a seat on his desired flight. And it often does.

There’s a difference between a polite but firm request and a shrill demand, of course. Where’s the line? Here are six things you should never do when you travel, at least according to these veteran travelers:

1. Threaten violence
Bad idea, and it usually has the opposite effect than the one you intended. Valerie Lockwood, a sales coordinator for a hotel company in Plymouth, Minn., remembers one customer who broke two chairs, a sofa bed and left cigarette burns in the furniture in his non-smoking room. When he checked out, she told him the hotel would keep his $100 deposit. “He flipped out and threatened to beat and kill me,” she says. Eventually, the police had to be called, and the angry guest was fined $500. He should have just paid the $100 and left quietly, don’t you think?

2. Yell
Raising your voice is almost never an effective way of getting what you want. Niyati Chheda, a higher education consultant in Chicago, was standing in line at the airport recently when a family cut in line in front of them. She pointed out that there was a line, which set the mother off. “The lady kept screaming at the top of her voice at how we didn’t understand it is difficult to travel with kids and she used some very abusive language,” she remembers. “I understand she may have not noticed the queue and it was an oversight. In such a situation, one would apologize, at the very least. They were, however, far from that.” Not that it did any good. The family was sent to the end of the line.

3. Have one too many
Alcohol and travel don’t mix. That’s definitely true if you’re driving, and almost always true when you’re flying. When Allison Hughes was flying from Orlando to St. Louis with her family, she witnessed a loud argument between a gate agent and a drunken passenger. “Very, very, drunk,” she recalls. At issue was the agent’s refusal to allow her to board, presumably because of her inebriated condition. “She kept saying that she needed to get to Houston that night because her husband was going to pick her up, and she couldn't miss the pick-up. When the gate agent offered her a later flight, she began yelling all sorts of expletives and swinging her arms wildly,” she says. Result? The agent called airport security and the passenger was escorted from the gate.

4. Be inconsiderate of others
Selfish behavior gets you nowhere when you travel. Consider what happened when Stan Prus, an attorney who lives in New York, was returning from Italy on an Air France flight. Not only did he have the misfortune of being assigned a middle seat in coach, but he was also sitting behind a problem passenger. “She decided that she was going to recline her seat as far as gravity would allow and smashed the back of the seat into my knees. She then started yelling at me when the seat couldn’t recline further because my smashed knees were in the way,” he says. Prus asked the flight attendants to intervene, and they didn’t. Did the passenger get away with her self-centered behavior? Yes, but the airline will pay for it. Says Prus: “I'll never fly Air France again.”

5. Leave your manners at home
Somehow, travelers think the rules don’t apply when they’re away. You see that a lot with elite-level frequent fliers who believe they not only deserve the red carpet, but also have a license to misbehave. Candace Quinn, an executive consultant who lives in Washington, watched such a traveler hurry through the TSA screening area at Chicago’s O’Hare airport recently. “She shoved into me,” she remembers. “She told me to hurry up that she was late.” That got the attention of a TSA officer, who didn’t approve. “So she had her walk through a couple times. I felt somewhat vindicated,” she added.

6. Act like a jerk
You’ve met them elsewhere, but being trapped on a plane, train or bus with them can be intolerable, because you can’t just walk away. You’re stuck with a jerk and all the jerky behavior that goes with it. David Bowers, who works for a law school in San Diego, was boarding a Swiss flight from Zurich to Atlanta, when he witnessed an altercation between two passengers: a young woman sitting in a bulkhead-row seat, and a businessman who had the same seat assignment. “He went ballistic, blocking boarding for others and demanding that a flight attendant give him his reserved seat,” he remembers. The attendant did — but not before moving the young woman up to business class.

You can follow all of this terrific advice, but will you have a better trip? Maybe, maybe not. As I mentioned earlier, the truth is complicated.

Ira Winkler, a security expert based in Severna Park, Md., says rude and obnoxious behavior — the proverbial “squeaky wheel” — works a lot of the time. “Service people attempt to make them happy,” he says. “Other travelers avoid them or give them extra room to avoid being near them.”

Maybe that would explain the rude behavior of travel industry employees that Winkler and others have encountered recently. 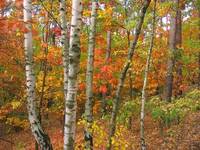 Enjoy the Autumn Beauty and Be Prepared

Many people like to plan Fall trips. Some wish to view the lovely Fall foliage and some go for a romantic trip to a rural area or country destination. Fall nature changes are beautifully free and on display. Here are some health and safety tips for your Fall travel.

Don’t let the excitement and fun of your Fall travel trip that you plan turn into a disaster. Plan your Fall trip well ahead of time. Have plenty of gas in your car, especially if you will be traveling down long and lonesome country roads. Be sure and winterize your car before leaving. Make sure that the tires and windshield wipers are in good shape. Have a blanket, towel, paper towels and tissues on hand. Most people enjoy the Fall foliage view while driving their own car. It is...