Eastern Europe Winter Festivals - The Baltics
New Year's is celebrated in Lithuania's, Latvia's, and Estonia's major cities. Latvia capitalizes on its 500-year-old Christmas Tree tradition. Winter is welcomed in Latvia and ushered out in Lithuania. Winter festivals in the Baltics are varied and spirited, and it is well worth the effort to participate while visiting Latvia, Lithuania, or Estonia.

Eastern Europe Winter Festivals - Bulgaria
Saints' days are observed during the winter season in Bulgaria, and are accompanied by traditional ceremonies. A masquerade festival pays homage to Bulgaria's pagan roots with masks and costumes that are reminiscent of Bulgarian carolers of old. And Christmas and New Year's is a time for visiting friends and dining on traditional Bulgarian dishes

Eastern Europe Winter Festivals - Croatia
Croatia has plenty going on during the winter season. Because the country is rather small, it may be convenient to travel around Croatia and sample different cities' takes on festivals like Carnival. Wine festivals, Christmas celebrations, and animated film festivals also fill Croatia's winter calendar.

Eastern Europe Winter Festivals - Czech Republic
The Czech Republic's strong musical heritage means that choir contests, classical music concerts, and traditional folk performances get priority billing during the winter months and during the Christmas holiday in Prague and elsewhere in the Czech Republic.

Eastern Europe Winter Festivals - Hungary
Budapest stays busy throughout the winter with Christmas concerts and an international circus festival. Visitors to Hungary may also witness the practice of folk traditions during this time. In Hungary's south, a festival with pagan origins marks the end of winter and the beginning of spring.

Eastern Europe Winter Festivals - Moscow Russia
Moscow celebrates New Year's New York Style in Red Square. Other celebrations and festivals may be geared more towards the tourist. The annual Maslenitsa festival is a real treat for those who participate - Russians have a reason to celebrate the melting of the snow come February or March. 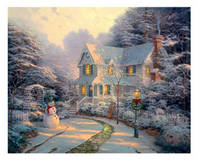 Do you dream of sun soaked Christmas far away from the every-day routine, lying on pristine white sand, floating away in sparkling warm waters or perhaps exploring an exotic culture? You can live your dream in one of these ten top destinations for your sunny Christmas luxury holiday. From beachfront retreats to rainforest sanctuaries, these heaven-on-earth locations include some of the most exclusive 5 star resorts in the world.

The natural beauty of this South Pacific Island combines with the warmth of its people to create a world of carefree relaxation. Experience all Samoa has to offer in style at Aggie Grey's Lagoon Beach Resort and Spa with 50 acres of tropical gardens, stunning beach, turquoise lagoon, golf course and the finest in traditional Samoan...

If you've got the itch to travel this winter, here are 12 ways to do it and save at the same time.

Buenos Aires: Beautiful and cosmopolitan, Buenos Aires has just about everything a traveler could possibly want in a city, and it's still a relative bargain. Even though the Argentine peso has gained in strength (prices there have gone up), the exchange rate has been fairly constant with the U.S. dollar for the past year, even as the dollar has lost value against many other currencies.

Bargains abound in restaurants and hotels. Travelers can stay in a five-star hotel like the Marriott for roughly $200 per night. A more modest hotel, like the Bel Air Hotel in Recoleta, is around $128, and there are many other cheaper hotels. And it's quite possible to find dinner for two in a nice... 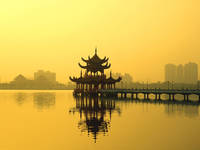 Some of the amazing and beautiful places in Asia that keep travelers hankering for more are the awe-inspiring cradles of culture in China, Cambodia, Indonesia, and Vietnam, to name some. Try to include some or all of these countries when planning your exotic travel & tours. Asia offers cities which may have transformed its heritage into chic & trendy tourist spots, but the way modernity melds with the old has commanded attention and lured people in droves.

One such destination which fuses dynamism with antiquity and is recognized as many people as among the best destinations in Asia is Beijing, China. When the city played...

An Exotic Travel Guide for your Next Vacation

From time to time everybody needs to get away from it all, to forget about their day-to-day work and to recharge their physical and emotional batteries. And what could be more refreshing and alluring than engaging in some exotic travels and visiting the holiday destinations of your dreams? Here’s an exotic travel guide for your next vacation and I am sure that no matter which destination you’ll choose, you’ll come back reenergized and revitalized, with a lot of unique memories.

If you have never traveled abroad, I’m sure that there are countless exotic travels that you would like to make. Choosing only one could be a tough decision, but fortunately now you can find on the Internet a lot of information about every possible destination in the world. This exotic travel guide will...

Your great Florida vacation wouldn't be complete without talking about Walt Disney World vacations. Where else can both grown-ups and kids (call them kids of all ages) go to have a really good time?

Why choose a beach vacation in Florida? One good reason is because wherever you go in Florida, you're never more than 60 miles from the beach!

Florida is also easy to get to, the temperature is pleasurable year round, it offers good value for your money and that’s just for starters. So whether you are looking for a family vacation, a romantic vacation, a relaxing vacation or getting in some golf time, there is a Florida beach vacation area for you.

Siesta Public Beach Siesta Public Beach in Sarasota makes a great family beach because of its gradual slopes, shallow waters, lifeguards on duty, fine white sand and tranquil waters. It has won awards for best beach based on sand, water quality and facilities. The beach facilities include picnic... 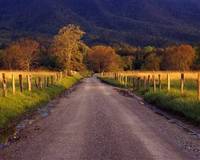 Each weekend this fall, 74,000 fans will pack Cleveland Browns Stadium to cheer their team. But 200 miles south of that, some 2 million people will, at some point, experience a much quieter — and less crowded — side of Ohio in Hocking Hills State Park, driving under thick boughs of hardwood leaves aflame with autumn color.

For a few short weeks each year, entire swaths of the country turn into patchwork quilts of red, purple and gold foliage. Along with Ohio's Appalachian Mountains, California's Sierra Nevadas and the White Mountains in Maine, both will soon be drawing day-trippers on the lookout for the first signs of fall.

Once cold nights and short days cue the coming winter, deciduous trees, in an effort to conserve much-needed energy for the winter, drain chlorophyll from...

Twenty years ago, demonstrators in Prague staged the "velvet revolution," a series of peaceful protests that helped bring down the communist regime. Since emerging from the somber shadows of one-party rule, the City of a Thousand Spires has become one of Europe's hippest travel destinations — a cosmopolitan city where culture buffs and pleasure seekers mingle happily in chic cafés and Gothic cathedrals. Whether you're sleeping at a former monastery turned five-star hotel or dancing in a onetime nuclear bunker, you'll quickly realize that in Prague, the unconventional is conventional: after all, this is Bohemia. Here's how to make the most of your stay.