Tourism as a job creator in the USA 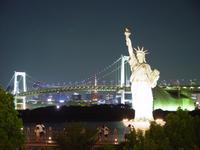 As part of National Travel and Tourism Week, the Obama administration on Thursday announced plans to boost tourism in America by attracting almost twice as many foreign visitors over the next decade.

“Tens of millions of tourists from all over the world come and visit America every year,” President Obama said in a statement. “They stay in our hotels, they eat at our restaurants, they visit our attractions, and they help create jobs. At a time when too many Americans are still looking for work, we need to make it easier for more people to visit this country and keep our economy growing.”

Under the plan, foreign visitors would gain easier access to the country with improvements to visa processing, expansions of the Visa Waiver Program and expansion of trusted traveler programs.

The goal is to attract 100 million international visitors annually who would spend an estimated $250 billion each year by the end of 2021. This could help the industry add an estimated 2.1 million to 3.3 million jobs.

That’s a dramatic increase from the 62 million foreign travelers who spent a record $153 billion last year.

“We want the world to know that there has never been a better time to visit the U.S.,” Mr. Bryson said. “America is truly open for business.”

Tourism remains one of America’s most important services industries, he said, accounting for 25 percent of total service exports. 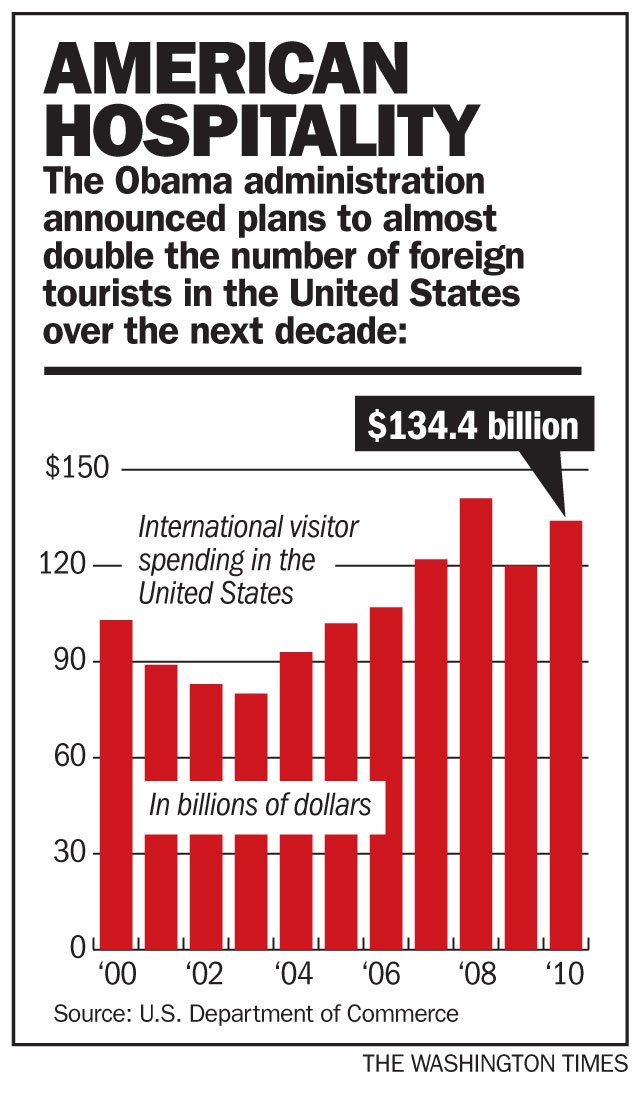 “At the same time, we will also encourage Americans to travel more within the U.S. to see all our country has to offer,” Mr. Bryson said.

The initiative comes as the United States has been losing ground in recent years in the international tourism market. America’s market share of worldwide tourist spending fell to 11 percent in 2010, down from 17 percent in 2000 - more than a 30 percent decline.

Many tourists were afraid to travel to and within the United States after 9/11. And many others who weren’t afraid to travel were annoyed by the heightened security that made it difficult to get into the country. That contributed to a $13.3 billion decline in travel and tourism in 2001 over the previous year, according to the Commerce Department.

That Great Recession didn’t help, either. In 2009, travel and tourism declined by 15 percent, by $21.1 billion, from the previous year according to the Commerce Department.

But 2011 was a bit of a comeback year for America. The United States generated $1.2 trillion in total tourism, including both international and domestic travelers, which was up 3.5 percent from the previous year, a number that outpaced the 1.7 percent growth rate of the overall U.S.economy and supported 7.6 million jobs.

Mr. Salazar believes the country can build momentum by promoting American landmarks like the Grand Canyon and Yellowstone National Park.

“Tourism has the promise of being a great economic driver for the United States,” he said. “Our destinations are known throughout the world.”