Congress tries to attract foreign tourists to US 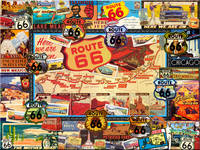 Millions of foreign tourists are shying away from U.S. destinations, a trend that Congress hopes to reverse in a travel promotion act it passed Thursday.

The Senate voted 78-18 for the legislation, which sets up a nonprofit corporation for travel promotion tasked with assuring potential visitors that they will be welcomed, helping them with paperwork and informing them of the many American places of interest outside the usual tourist destinations. It now goes to President Barack Obama for his signature.

Obama voiced support for the bill during a recent trip to one of those tourist destinations, Las Vegas, to show solidarity with Senate Majority Leader Harry Reid, D-Nev., who faces a tough re-election campaign. Reid has been a chief backer of the legislation.

Costs for the program would be divided equally between the government and private industry, with Washington contributing up to $100 million a year. All that money would come from a $10 fee levied on travelers from the 35 countries, mostly in Europe, participating in a visa waiver program. The United States now requires people who don't need visas to register online at least 72 hours before travel and to renew their registration every two years. They would have to pay the new fee when they register.

Supporters denied that this could discourage possible visitors, pointing out that most countries charge $25 to $50 in exit and entry fees and that $10 is insignificant compared to the average $130 cost of obtaining a visa. The fee, said Sen. Byron Dorgan, D-N.D., won't "deter or diminish the appetite of those who want to come here."

Dorgan and another chief sponsor, Sen. Amy Klobuchar, D-Minn., cited figures showing that the average overseas visitor to the United States spends $4,500 and estimates that the new tourism campaign could generate 40,000 jobs in the first year.

The U.S. Travel Association, in a report compiled with Oxford Economics, pointed out that while worldwide international tourist arrivals jumped from 682 million in 2000 to 880 million in 2009, arrivals in the United States declined, from 25.9 million to 23.5 million, in that period. Visits from Canada and Mexico are not included in those totals.

The report said the failure of the United States to keep pace with the world's growth in international travel has translated into $500 billion in lost spending, 441,000 lost jobs and $32 billion in lost tax revenue.

Among the reasons for lagging behind are increased security procedures after the Sept. 11 attacks that have made visa applications more arduous and airport screening more intimidating. "We've got to overcome the perception that has built up of Fortress America," said Roger Dow, president and chief executive of the U.S. Travel Association.

After Sept. 11, Dorgan said, "a lot of people thought they were not welcome in America."

Equally important, they said, is better marketing of the many attractions America has to offer. While nations such as Greece, Mexico, Malaysia and Australia in 2005 had travel promotion budgets exceeding $100 million, U.S. efforts to entice foreign visitors were limited to those states with travel offices in overseas capitals.

Republican Sen. John Ensign, a backer of the bill with his fellow Nevadan Reid, cited the example of the TV ads running during the Vancouver Winter Olympics. "I didn't really think about going to Vancouver or British Columbia. But those ads spurred my interest in it and I'm sure they have many Americans and other people around the world."